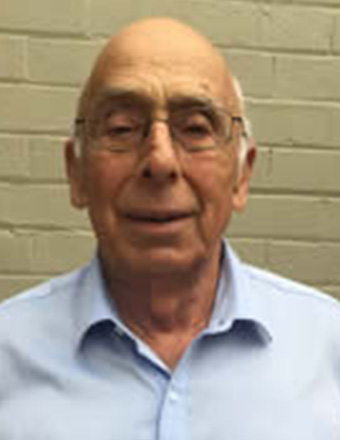 On returning to Sydney from overseas in 1970 I was appointed a physician in the Department of Cardiovascular Medicine at Prince Henry and Prince of Wales Hospitals and in 1972 appointed visiting physician at the Royal Hospital for Women, then on the Paddington campus. At the Royal my special interests were in the management of hypertensive disorders in pregnancy as well as maternal cardiac disease in pregnancy, especially adult congenital heart disease patients. I have continued my interest in these sub-specialties up to the present time.On resigning from the active staff of the above hospitals in 2005 I was appointed an Emeritus Consultant at both institutions and have continued in this capacity. I was a foundation member of ASSHP and served, at various times, on the executives of both the Federal and State Councils. I was also a foundation member of the Obstetric Medicine Society and have continued my involvement with these Societies following their amalgamation into SOMANZ. Membership of these Societies has facilitated and encouraged collaboration with clinical and research units here and overseas and contributed greatly to the advances we have made in the field of obstetric medicine. I am honoured to have been awarded Honorary Life Membership of SOMANZ, a vibrant society which has taken its place in and contributed significantly to the international obstetric medicine community, and I look forward to my continuing association with my peers. 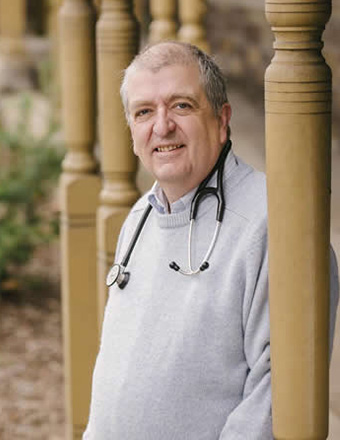 Made in China, produced in Hong Kong and brought up in England, Bill Hague trained in medicine at Cambridge and St Thomas' Hospital, London. He had an unorthodox career path, obtaining both MRCP and MRCOG. His mentors included Professor Michael de Swiet. He was the first in the UK to receive accreditation in Endocrinology and Obstetric Medicine. He came to Adelaide for two years in 1988 as a Consultant Research Fellow and Clinical Senior Lecturer in O&G, opening the first obstetric medicine clinic at The Queen Elizabeth Hospital alongside the late Brian Pridmore. He stayed in Adelaide with further posts at the Queen Victoria Hospital, and in 1995 at the new Women's and Children's Hospital, where he and Mark Morton took on the new Obstetric Physician posts together. In 1992, he initiated OMGA at Leonard's Mill, SA with Michael de Swiet as the international speaker. Annual meetings followed on both sides of the Tasman. In 1997 he became President of ASSHP, and, together with Mark Brown, led the production of the Second Consensus Statement on The detection, investigation and management of hypertension in pregnancy. Together with Janet Rowan in Auckland, he initiated the Metformin in Gestational diabetes (MiG) trial, and its subsequent follow-up studies after publication of the trial in the NEJM (2008). In 2005, he was made the first Honorary Member of SOMANZ. In 2011, he was promoted to full Professor in Obstetric Medicine. Despite slowing down, he maintains an active clinical and research role, as well as teaching overseas. 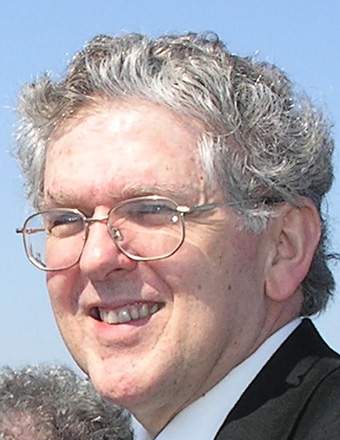 Barry Walters has made an enormous contribution to Obstetric Medicine in this country. He pioneered the disciple of General Obstetric Medicine in Australia. He is a Past President of SOMANZ and has served on SOMANZ Council, ADIPS Council, the OMGA Committee and ISOM Committees. He spent the years 2007-2011on SOMANZ Council serving as President from 2009 to 2010. He was involved in organising many Obstetric Medicine Meetings. The most notable was the combined ISOM, ASSHP, OMGA and ADIPS “Medicine and Pregnancy” meeting in Fremantle, 2003. This was the first truly international obstetric medicine meeting to be held in Australia.

Barry obtained his medical degree at the University of Western Australia in 1974 and graduated with the AMA Gold Medal. He was subsequently awarded Fellowship of the Royal Australasian College of Physicians in 1981. Barry expressed an interest in training in obstetric medicine and was awarded a Travelling Fellowship by the University of Western Australia and travelled to the UK to train with Professor Christopher Redman at the John Radcliffe Hospital at Oxford. Following this Barry was appointed Visiting Fellow to Professor Michael de Swiet, at Queen Charlotte’s Hospital, who was internationally recognised as one of the foremost physicians in obstetric medicine. Both of these opportunities subsequently moulded Barry’s professional career and on his return to Perth he became established as an obstetric physician.

In addition to the management of hypertension and the full range of medical disorders in pregnancy, Barry developed an interest in diabetes during pregnancy and in 1985 was appointed as Physician to the Diabetes service at the King Edward Memorial Hospital for Women. He always made himself freely available for medical advice in obstetric emergencies and attended many of the major obstetric crises at King Edward Memorial Hospital. I am sure they have fewer obstetric crises now because of his guidance over the years.

He was instrumental in production of the first Obstetric Medicine Curriculum for Australia which is still on the Royal Australasian College of Physicians website. He has published some many papers and contributed to a number of reports and guidelines as well as giving numerous lectures. He was invited to contribute chapters to the definitive text on Medical Disorders in Obstetric Practice edited by Michael de Swiet, first published in 1984. He contributed several chapters to that definitive text and to other text books published in the United Kingdom and United States.

Barry was often asked to speak at local College meetings as well as many meetings in Australia and internationally. He was a regular presenter at SOMANZ and ADIPS Meetings.

In April 2005 Barry Walters was presented as a Fellow ad Eundem of the Royal Australian and New Zealand College of Obstetricians and Gynaecologists (RANZCOG). An achievement and an honour seldom bestowed by obstetricians on a physician! He is a most deserving obstetric physician to receive a SOMANZ Honorary Life Membership. 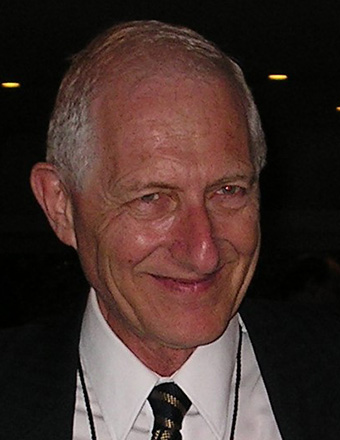 Lawrence Beilin became Professor of Medicine, University of Western Australia in 1977 and published in the fields of cardio-vascular disease, hypertension and blood circulation. 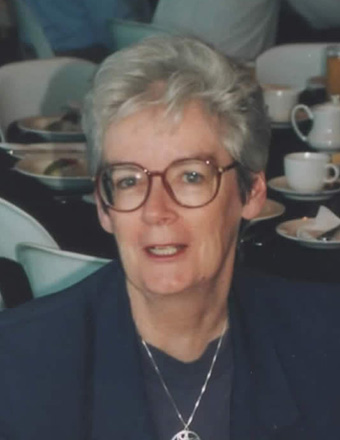 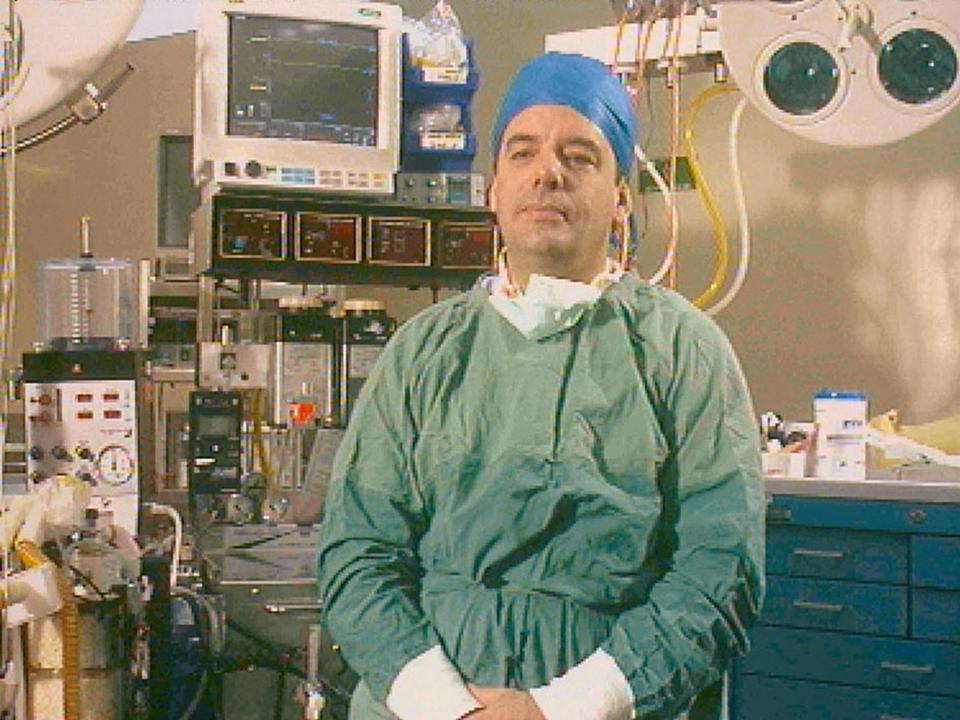 He joined SOMANZ via his membership with the Australasian Society for the Study of Hypertension in Pregnancy (ASSHP) with a major clinical research interest in severe pre-eclampsia. His early work revolved around the obstetric airway (where he was the second author on the highly cited Mallampati paper), pre-eclampsia and torrential post partum haemorrhage.

Even though his first love is obstetric intensive care medicine, it was the British Anaesthesia College which first recognised the significance of his research work by awarding an Honoris Causa Fellow of the Royal College of Anaesthetists. With his intense involvement in Obstetric Acute Medicine across Asia over three decades and his Presidency of OASAO (Ob Anaes Soc of Asia and Oceania), many Australasian accolades followed.

In addition to his long-term membership and involvement with ASSHP and SOMANZ, Stephen was a Council member of SOMANZ from 2005-2012. He co-convened (with Sandra Lowe) the Annual Scientific Meetings at the Bondi Swiss Grand (2006) and at Brighton Le-Sands (2007). He was an active member of the Sponsorship Committee for the Australian hosted ISOM meeting held in 2010 in Melbourne, and contributed to the review of abstracts, handbook and the programme. He is well recognised as a globe trotting intensivist and has given over 450 international lectures, mostly in Obstetric Medicine in over 100 cities in over 35 countries.

Stephen’s contributions to Acute Obstetric Medicine and Anaesthesia in Australia and internationally have been substantial. He is a very worthy recipient of Honorary Life Membership of SOMANZ. 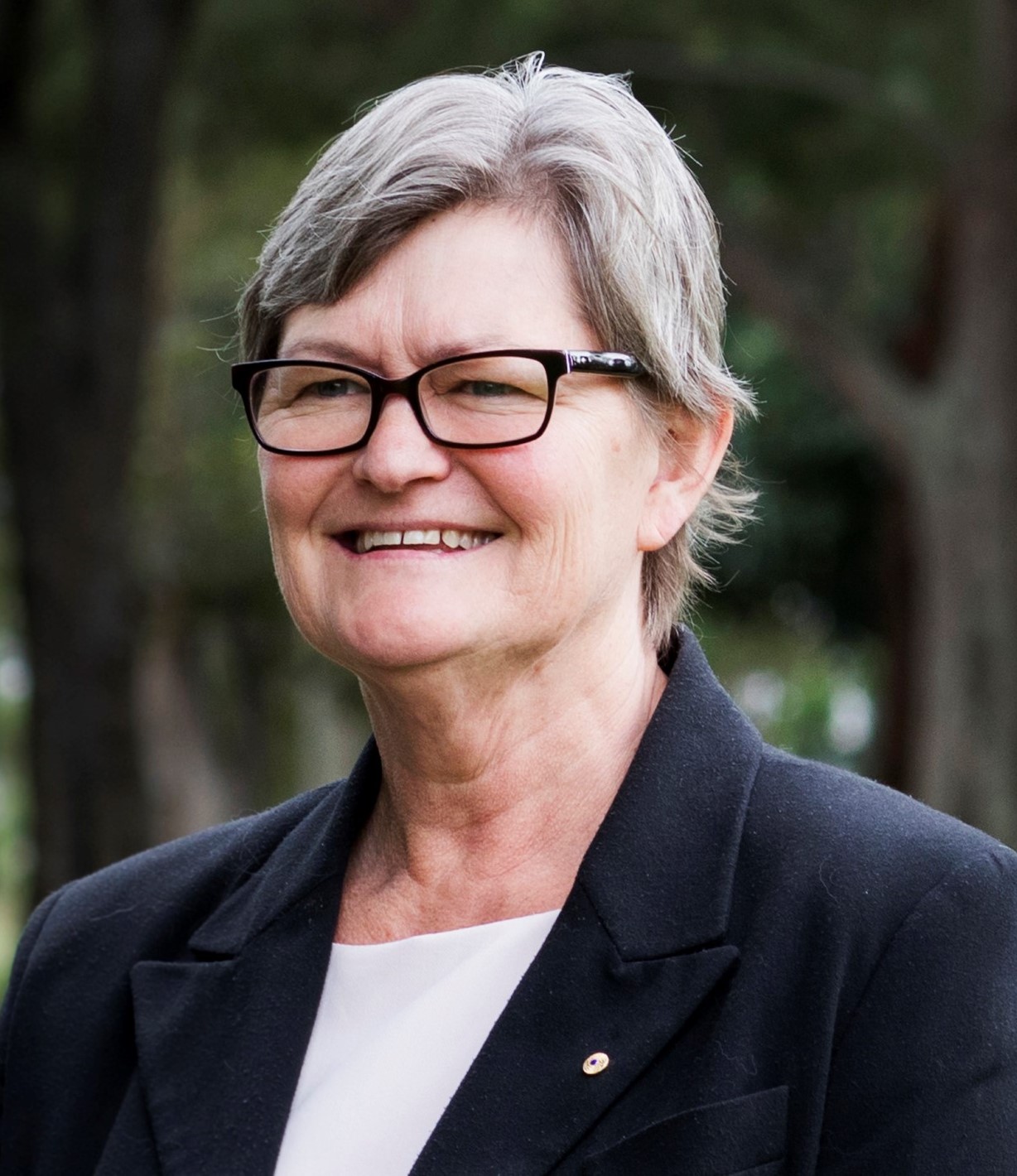 Annemarie Hennessy is a Renal and Obstetric Physician with a research interest in Hypertension and Hypertension in pregnancy. She is the Dean of the School of Medicine and the Foundation Chair of Medicine at the Western Sydney University. In 2020 Annemarie was named Distinguished Professor by Western Sydney University. Annemarie is also an honorary Fellow of the Australian and New Zealand College of Obstetrics and Gynaecology.

She is the group leader of the Vascular Immunology Group at the Heart Research Institute (HRI). She was the Director of the Hypertensive Disorders of Pregnancy (HDP) Unit at the Royal Prince Alfred Women and Babies (RPAWB) from 1998 until October 2006 and continues in an honorary capacity within the unit. She is active physician caring for women with preeclampsia, hypertension, and vascular and kidney diseases.
Professor Hennessy is also the Managing Director of PEARLS, a non-profit organisation established under the auspices of the Heart Research Institute, Royal Prince Alfred Hospital and Campbelltown Hospital to raise funds to support ongoing research into the cause of preeclampsia in pregnancy.

She was honoured in 2015 with an Order of Australia (AM) for significant service to tertiary education and to medical research, particularly in the area of clinical hypertension and maternal health.

In 2016 Annemarie was honoured with the task of delivering SOMANZ’s most prestigious lecture at the Alice Springs ASM - the Priscilla Kincade-Smith Lecture with her lecture titled “Pre-eclampsia, Lipids and Cardiovascular Outcomes in Pregnancy”. She has been the Editor in Chief of the journal Pregnant Hypertension since 2016.

As well as her passion for medicine, Annemarie has played the violin since the age of six and has been involved with the Australian Doctors Orchestra since it began almost 20 years ago. She has performed in every NSW Orchestra concert since 2004. She is also a proficient equestrian.

Annemarie Hennessey is an active and valued member of SOMANZ and is past president of the International Society for the Study of Hypertension in Pregnancy (ISSHP). 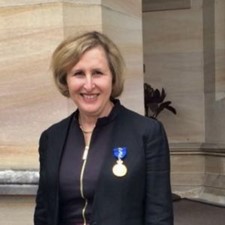 Sandra Lowe is a Consultant Obstetric Physician at the Royal Hospital for Women in Randwick and the Prince of Wales Private Hospital. She is a Conjoint Associate Professor with the School of Women’s & Children’s Health, UNSW. She is a regular speaker at National and International conference of Obstetric Medicine and has a long-standing interest in teaching obstetric medicine.

Sandra was honoured to be awarded an AM as a Member of the Order of Australia in 2017.

Sandra’s research and passion for teaching in obstetric medicine has enabled SOMANZ to grow and flourish and she is a most valued member of SOMANZ. We honour her today by awarded her with Honorary Life Membership of SOMANZ.